Skip to content
From KnoxNews.com – He had started in on his second loop, halfway through the cross country course, and Seth Goldstein liked the way the race was unfolding.
A group of kids ran just in front of him. Many more had fallen behind.
“I was feeling good,” said Goldstein, 17. “That’s when everything happened in front of me.”
One of the kids in the pack dropped to the ground. The others raced onward toward the finish line. Goldstein did something altogether different.
He stopped.
He stopped racing. He went to the kid who had fallen, who by this time was in severe distress.
“His lips were turning blue and his eyes were rolled back in his head,” said Goldstein. “I was terrified. But then I thought to myself, freaking out isn’t going to help any here.”
After taking control of the situation, directing someone to call 911, and making sure the kid was not going to asphyxiate on his own blood (he bit his tongue badly), Seth waited for EMTs to arrive. Once they had, and once they had taken over, he calmly asked if he could finish the race. That’s perspective. Bravo, Seth! 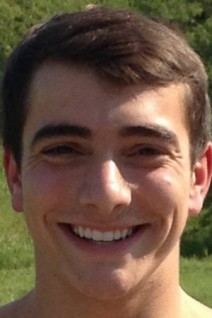 Side benefit of indoor riding - you never have to deal with the "the right clothing means being too cold at the start" problem. California winter... The struggle is real... #RideOn