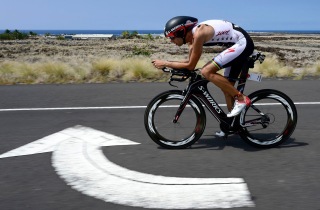 As I do on most holidays, I embraced the opportunity to take in the beauty of my home state and country slowly (though not too slowly…) aboard my bicycle. I donned with pride the Stars & Stripes jersey that I won in 2019 on the velodrome. But as I considered my gratitude about having the day off to ride my bike, I also thought about what America means to me. About the enormous weight of responsibility that those stars and those stripes carry. And also about the buoyancy that they provide me, most thrillingly on that day in 2011 when I hoisted them above my head on home soil in Henderson, Nevada to capture a world title not just for myself, but for my country. And I wanted to write about what America means to me. As a husband. A father. An athlete. And a citizen.