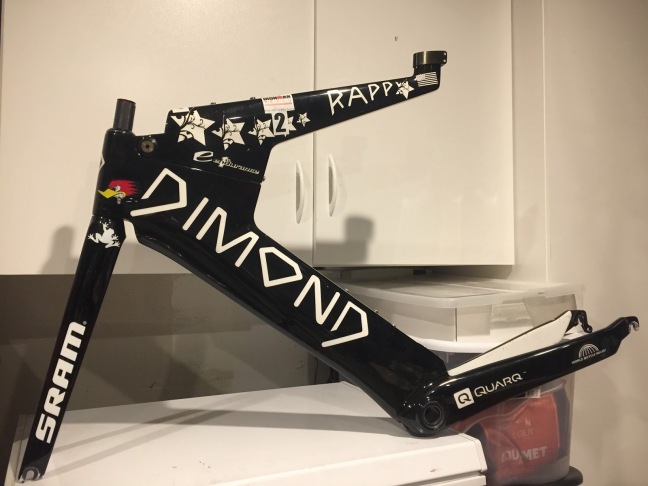 I’m going to try not to delve into politicking here, but I feel compelled to do something following the Nov. 8, 2016 election. I am sure it will surprise no one that I voted for Hillary. I did so with some slight reservations about the obvious issues that dogged her throughout her campaign (and before it), but to me, it was not really a contest. But more than considering myself a progressive liberal and a bit of a socialist, I consider myself a pragmatist. That was what I had hoped would happen. But it did not. Donald Trump will be my president. While, unlike most people crashing the Canadian immigration website, I actually can move to Canada (my wife is a citizen), we aren’t planning on it just yet. I don’t view abandoning the USA because things didn’t work out how I wanted as being particularly productive. If you are disappointed, as I am, I think that’s all the more reason to stay and to try contribute during an uncertain time. I think it’s clear that there is an opportunity for change. We owe it to each other to work to guide that change.
I’ve gone through many emotions – shock, sadness, dismay, anxiety, etc – in repeating waves, but I’ve ultimately tried to find a place of pragmatic optimism. I believe that, as Hillary said, we need to give Trump the chance to be a leader.

We have seen that our nation is more deeply divided than we thought. But I still believe in America and I always will. And if you do, then we must accept this result and then look to the future. Donald Trump is going to be our president. We owe him an open mind and the chance to lead.

Our constitutional democracy enshrines the peaceful transfer of power and we don’t just respect that, we cherish it. It also enshrines other things; the rule of law, the principle that we are all equal in rights and dignity, freedom of worship and expression. We respect and cherish these values too and we must defend them. – Hillary Clinton

We can assume the worst. Or we can hope for the best. I figure there are at least two obvious positives. Firstly, the mainstream media got pretty much everything wrong about this election, so I’m at least willing to consider the possibility that the countless articles written about what sort of president Trump will be are equally full of shit. The second is that, as President Obama said, this is the way that democracy is supposed to work. People are supposed to use their vote to effect change. And that is certainly what happened. It’s messy. And it’s crooked. And it involves stops and starts. Steps forward and back. But that’s the process. At least, that’s what I am telling myself.
But I don’t believe that hope is a strategy. It’s passive. I believe that a huge part of giving Trump “the chance to be a leader” is demonstrating what that means to each of us. Van Jones spoke extremely eloquently about how this election, especially in the short term, is affecting the psyche of those people who have been remarkably disenfranchised during much of this country’s history and, especially, during this campaign. What I know is that a white male with an Ivy league degree and an upper-class upbringing, I cannot comprehend the level of fear felt by blacks, by Latinos, by muslims, by LGBT people, and by many women. While I have daughters, and I have some concerns that we may have to fight hard just to guarantee them the same rights that their grandmother had, I realize that they nevertheless have started life with a huge leg up over a huge majority of America and even more the world as a whole. And I know that there are things I just will never understand about the struggles other families and individuals face.
I make a living and support a family traveling around the world and running around in my bathing suit. I recognize my privilege. And I feel compelled to do something with it. I have a small soap box. And I have no delusions about the scope of this impact. But I believe that in virtually all aspects of life, something is greater than nothing. This feeling is at the core of what drives the work I do with World Bicycle Relief.
So far, I have given away three bikes. Two have gone to white men. One has gone to a white woman. Triathlon is a sport of white men. And while I realize there are still a huge number of obstacles beyond just having a bike, I hope and want to believe that by saying, “you are not just welcome, you are wanted here in our sport” is worth something. And that giving a bike to a person who has taken a huge step just by entering our sport at all sends that message.
So I’m asking for some additional information for anyone applying for the 4 C’s giveaway. If you are a minority – especially if you are black, Latino, or Muslim, and you are comfortable sharing that information with me – I would like for you to include that in your essay for the Dimond. This will not count against the 250 words. All of the same considerations apply – I’d like you to be someone who is an active triathlete, who races, and who recognizes that there is a lot more you need than what I’m giving away here and that you can provide that. I realize that this is probably a pretty small group. But I’m not going to focus on all the ways that this falls short. I cannot stand doing much more thinking in that way.
If you have already applied and would like to add this information, please do. While I will still consider all applications based solely on their own merit, I’d very much like to make this giveaway a gesture of inclusivity. I’d like to show what I think leadership in this country should look like. If you’re a black triathlete or a Latino triathlete or a muslim triathlete or a LGBT triathlete, I’d like to offer you what I can in terms of a welcome. You are wanted in our sport.
I’m optimistic, because what use is there in being anything else. But I’m also a realist. And a pragmatist. Moving this country forward is going to take a lot of work. By a lot of people. Compromise has become a dirty word, and I lament that. I am not going to pretend that this is anything other than a very small gesture. But a small gesture is better than no gesture.

I do believe we are #StrongerTogether. And I believe that will be even more true going forward. This is my attempt at not just saying that, but at showing that. Thank you.

Post Script: based on some very brief commentary in response to this, I thought it appropriate to make some brief clarifications. I do not agree with the blanket generalizations being made about Trump supporters. Many – most? all? – of the people who voted for him I think did so primarily over a feeling of disenfranchisement themselves. This is not meant as a statement (or indictment) of who Trump supporters are; it is meant to be a statement about who, in general, they are not. I am sure some people will nevertheless interpret this as a criticism or as a negative. That was/is perhaps inevitable. But I am taking Donald Trump at his word.

Now it’s time for America to bind the wounds of division; have to get together. To all Republicans and Democrats and independents across this nation, I say it is time for us to come together as one united people.

It’s time. I pledge to every citizen of our land that I will be president for all Americans, and this is so important to me.

This is merely my own small attempt to help realize that message with the understanding that such unity will not happen passively and without concerted effort.

One thought on “4 C’s Update: #StrongerTogether”