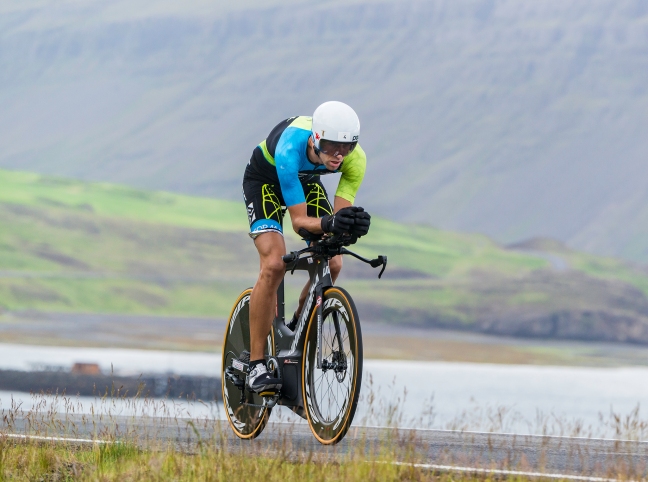 Challenge Iceland was originally supposed to be a “test-flight” for Norseman, but I ended up falling in love with both the event and the country of Iceland.

It was also my first race on what was my preferred size – a Large – Andean frame, after spending much of the early part of the year on an XL due to production scheduling. By the time I raced in Iceland, I’d logged a lot of miles on the L Andean, and I knew it was a better fit and more of an overall match to me. But there’s nothing quite like actually racing it in a place where the weather was described to me as being, “Cold and colder. And windy and windier.“

Iceland is windy enough that many of the road signs have wind speed measures. On my way out to Lake Meðalfellsvatn the morning of the race, the sign said, “20.” At first, I thought, “That’s not so bad. 20km/h…” But of course wind speed is not reported in kmh. It’s reported in m/s. 20m/s is 72km/h. That’s not just windy. That’s really windy. For those of you not metrically inclined, that 45mp/h.

When you land in Iceland, you could just as easily be landing in Kona. And the drive from Keflavik to Reykjavik looks remarkably similar to the Queen K. It isn’t until you step outside and realize that the temperature delta is about 50F that you truly realize you aren’t in Hawaii. This isn’t really surprising. Both The Big Island of Hawaii and Iceland are active volcanoes in the middle of the ocean. When I returned to Iceland on my way back to the USA, I went hiking at Landmannalaugar, which is a spectacular park in southeastern Iceland. It’s an incredible menagerie of colors, and I realized that it looks remarkably like a northern – way northern – version of Waimea Canyon, located on Kauai.

But more than the topography, it’s the wind that really makes these two places seem so similar. The grass along the highway is always bent at about 45deg. And there are the ubiquitous valleys that funnel the wind into patches of particular nastiness. The wind is not just strong; it varies between strong-but-manageable and about-to-get-blown-off-your-bike. Once you learn to read the landscape, you pick up where these gusts are likely to hit, but you often brace yourself for wind that never arrives. But certainly better to be prepared, because when it does hit, it hits hard.

The race course for Challenge Iceland undulates more steeply than the Queen K does, and while the net ascent/descent is fairly similar to the Honu 70.3 (that takes place on the back half of the Kona course), it does so with shorter, punchier climbs – there are a bunch of climbs just like the ascent/descent to/from Kawaihae but nothing nearly so long as the climb to Hawi.

Without the wind, it would be a hard – but not crazy – course. But with the wind, it’s one of the most challenging race courses I’ve ever done.

I very briefly had considered racing the Serios in Norseman, simply because it is lighter over a course that features a lot of climbing. But the Andean offers so many other advantages, especially once I got dialed in on a Large, that I was confident bringing it on my so-called “Viking Tour.”

Challenge Iceland really cemented my confidence in the frame, something that I carried into my race Norway. The frame is clearly a rocket on flat ground. But I really came to appreciate how much of a “do it all” frame it is on this trip. It climbs with aplomb, and descends well too. While it’s obviously heavier, a lot of that extra weight goes into making the bike quite stout – all that material down around the bottom  bracket makes it more nimble than you might think. But it was mostly my ability to manage what it obviously a lot of surface area in the most extreme wind I’ve ever encountered on race day that really made me feel that I had chosen the right bike for the job. 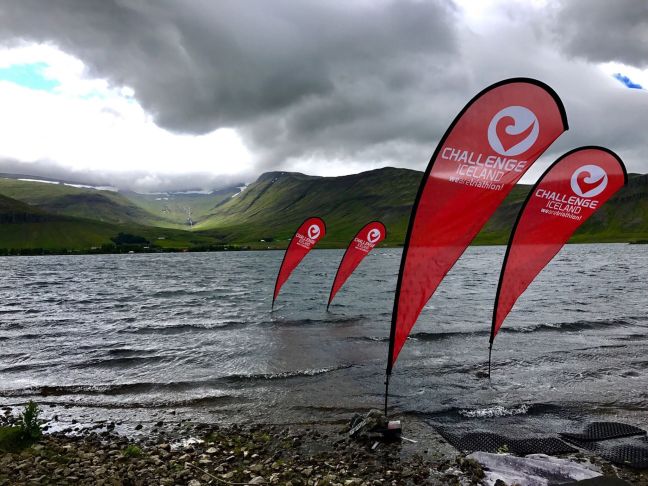 The swim was cold. Really cold. And the wind forced the race organizers to shorten the swim to 1500m and change it to a point-to-point swim. In a reflection of the laid back attitude and overall awesomeness of the race, we had a small huddle – the race has just over 200 participants – where the organizers announced the swim start was being moved to the end of the lake. Everyone took it in stride – it’s Iceland, and this seems to be the national temperament, which is probably a good thing when you live on a giant volcano.

I wore a thermal hood under my cap and earplugs – keep the cold water out of your ear! – and I was fine. Except for two things. First, when the group split about 1000m in, I tried to change speeds to go with Trevor Wurtele and Allan Steen Olson, and I found my arms simply wouldn’t respond. I could swim just fine. I just couldn’t swim any faster. The cold water really restricts your ability to change speed.

The other big factor was that my hands got really, really cold. I knew this from the practice swim the day before, but it was hard to really know how this would play out while trying to have an efficient transition. I had mittens, which would have been a fine choice and much easier than gloves to put on. I also could have had the volunteers in the change tent pull on my gloves, which also would have been a good idea. Ultimately, I had a reasonably fast transition that stalled out when I went to pull on my cycling gloves. My hands just wouldn’t function.

I spent a frustrating few minutes trying to pull my gloves on. Looking at the transition times, it’s easy to see who decided to put on gloves. We all have T1 times that are about 2min slower. Which is kind of a lot in a half-ironman. How some of the guys rode without gloves, I do not know. But certainly it was a lesson for me that I can’t put on my own gloves after a cold swim.

Strava doesn’t report temperatures. But it should. The water was a balmy 54F (12.7C).

I was fine once I finally got out on the bike. And very glad that I had gloves on, even as much as I hated how long it took me to get them on. The wind was howling, but it wasn’t until we got out onto the road around the fjord that the wickedness of the crosswinds really took hold. Several very good riders were blown off their bike, and I certainly had some moments where I thought I might end up in either the fjord or in a ditch, but I managed to stay upright, and to put together one of the strongest rides of my career over the half-distance. I knew I was in really great cycling shape from all the riding I’d done in preparation for Norseman, and it was nice to see it come through on the day.

I was especially pleased to virtually even-split the ride, posting the fastest return 45km by quite a bit. When you’re preparing for a 5hr+ ride, it’s nice to see the fitness stick around for all 2:20 of a 56mi/90km bike. 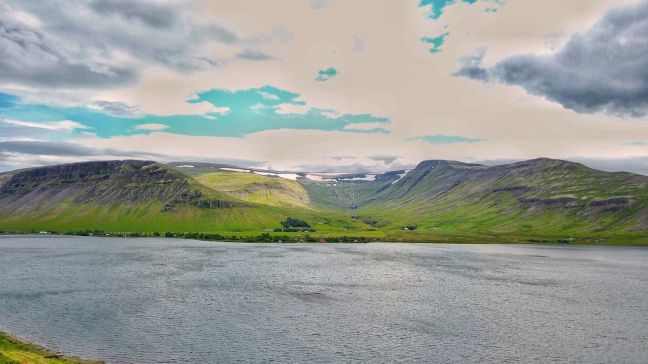 My feet were not too wooden (wool socks and toe covers for the bike were a very good idea) to start the run. But it was still a bit before complete blood-flow returned. I never really found the speed required for a fast half-marathon, but I did feel like I actually could have done the 13.1mi/21.1km run course a second time, another great sign leading into Norseman two weeks later.

The run course seems flatter than it felt, again because the wind was almost as much of a factor on the run as it was on the bike. I never felt like I was going to get blown off the road running, but I certainly felt like I was running uphill at times even as the road was perfectly flat.

I’ve never really loved the half-distance, since my best races always come from fitness that leaves me wanting to go around the course again. But Challenge Iceland moves right up there with Wildflower in a tie for my favorite all-time half-distance race. It was also a testament to just how high the bar has been raised at the half-distance, where more and more guys are pushing solid power and backing it up with fast runs. The course in Iceland certainly suited me, but it seemed to suit quite a lot of other guys as well. Overall, I was pleased with a fourth place. And I was really pleased I chose the race. Without question, this is a race I look forward to doing again.

I hope the race continues to grow – though not too much, as I wonder how big it can get while still preserving the grassroots feel that makes it special and how many athletes the course can really handle. But for now, and likely for the foreseeable future, it remains a race that resembles Iceland itself. The course is cold and windy and stunningly beautiful. The atmosphere is relaxed and fun. I cannot recommend this race highly enough.